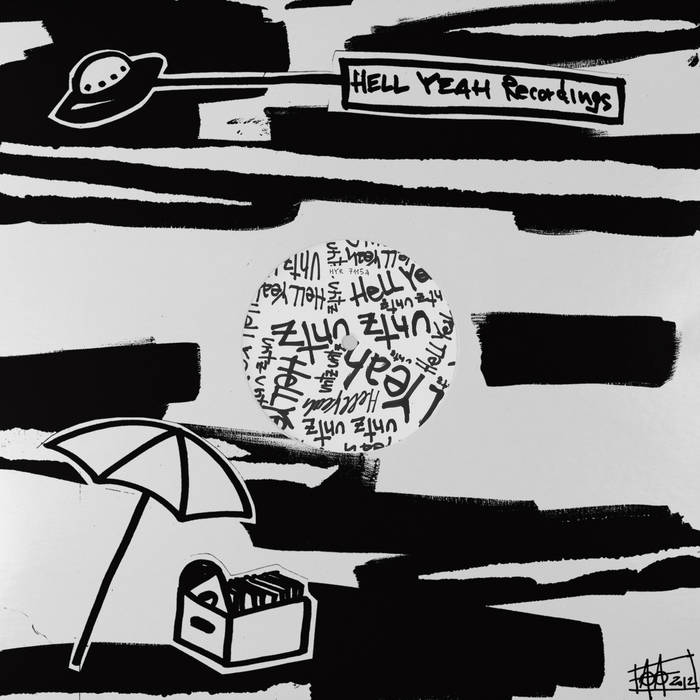 The next release on the ever original Hell Yeah Rec comes with a romantic back story, as told by boss man & Balearic Gabba Soundsystem's founder Marco "peeDoo Gallerani…

“I was at a boat party in Venice arranged by Spiller & his crew and he invited my friend, hero and living legend Bjorn Torske to play. One of his last records was this track by Velferd... the mad intro and all the rest of the song made a major impact on me and all the rest of the people partying on the boat. Bjorn said that this was the nu epic sound of young Bergen and so I got in touch with the nice fellas at UNTZ UNTZ records from Bergen. They originally released the 12" in 2010 and now I'm re-mastering it and give it the long sided 12" release it deserves.”

Backing the wax release is a trippy psychedelic beatless variation from Crimea X, whilst Marco Dassi and Aussies Somerville & Wilson provide a re-rub for the digital release.

The original is indeed an epic nu-disco track sprinkled with lashings of cosmic dust and alive with the sound or myriad glistening synth twinkles. After a delightfully drawn out intro, the beat final drops and taps out a varied pattern that will have you looking to the stars.

Crimea X 's version is just as dazzling, though the lack of a beat makes it a much more cerebral affair for those weary late night hours. It also exposes the real guitar work hidden in the track as bright synth lines wrap themselves all around.

Marco Dassi’s Rockfellah remix takes things deep and more introverted. Still heavily synth laced, its edges are smooth and more round than the serrated pixels of the other versions.

Finally, Sommerville & Wilson’s edit is more like the original, though a little more complex and dense as it rises and falls through the scales leaving brightly coloured melodic patterns in its wake.