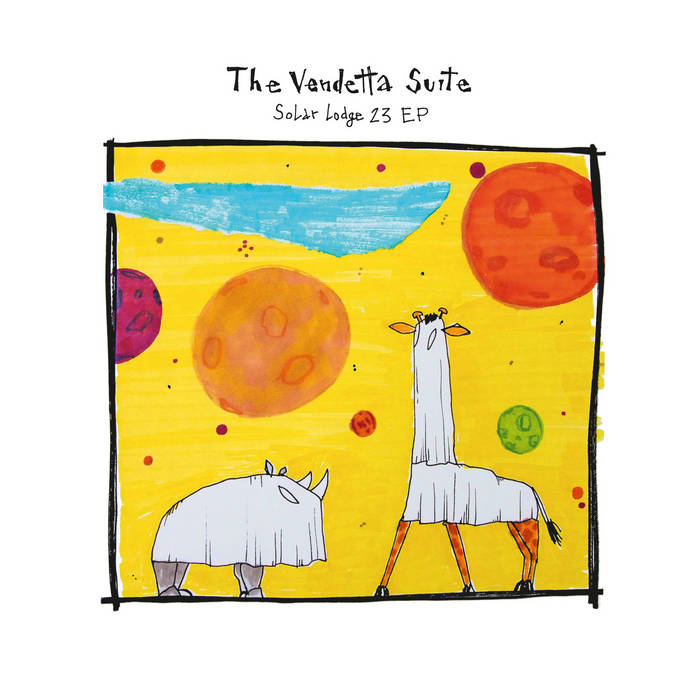 mastakaspa Amazing tunes, but some of them are - sadly - too short! Favorite track: Colin Wilson said....

AMALGAMATED WONDERS OF THE WORLD

Hell Yeah’s next EP is a first solo release since 2012 from The Vendetta Suite aka Belfast’s Gary Irwin. It features six tracks all handpicked by label boss Marco from vast unreleased vaults that have already been played by David Holmes, and it comes with a great backstory.

Marco’s first ever E was at a UK club in Wandsworth in 1995. Joey Beltram was supposed to be on but missed his flight, so instead David Holmes played an extended set. It won Marco over instantly and since then he has been an avid fan, in awe of Holme’s game changing Essential Mix and snapping up all the releases on his 13amp label, including one by The Vendetta Suite, who was in house engineer at David Holmes' Exploding Plastic Inevitable studio.

Other tracks from the artist including cult b-side ‘Hula Bop’ became classic staples in Marco’s sets as Balearic Gabba Soundsystem and so he recently reached out to the Newtownards man and told him all this via Soundcloud. After chatting, Irwin invited Marco to pick some tracks from his vaults and they are now presented here for the first time with the amazing artwork by Andrea Amaducci that combines the producer’s sense of humour and the esoteric.

Opener ‘Sirius’ sets a lush tone with its wash of rippling chords and soft rock grooves carry you off into a sunset. From there the charming spring time sounds of ‘Tacos For Zowie’ mix bumpy drums with guitar riffs, whistles and cosmic synths, and Just Like Joe is a flower power spy movie theme tune that races along with orchestral elegance.

‘Shut Up Ya Dub’ slows things down with wobbly bass, tons of reverb and acid twitches and ‘Eye In The Triangle’ is an exquisite dub cut full of studio trickery and sci-fi feelings that Scientist would be proud of. Closer ‘Colin Wilson Said’ is a widescreen ambient cut with spread synths, distant arpeggios and an intergalactic feel that leaves you drifting in outer space.

This is a cinematic EP that draws on myriad musical styles and showcases Irwin’s peerless studio skills.

"this is a trip! Sirius my fav but loving Eye on the Triangle too. really great EP" Dream Chimney