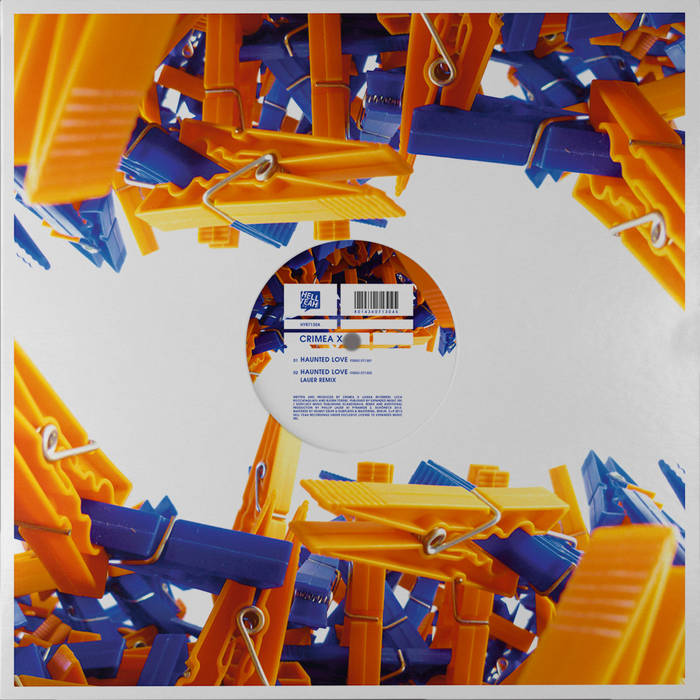 Still riding high on the success of their second artist album, Another, Crimea X offer up two more singles from it in the form of A Present and Haunted Love. Ensuring the package is even more essential are remixes from Lauer and non-stop Dutchman Legowelt, and of course it’s worth mentioning again that the originals were both co-produced and mixed by Norwegian legend Bjorn Torske.

Haunted Love is awash with seas of liquid synths and floaty-light vocals. It’s a brightly coloured track that chugs un-evenly on vast kick drums and echoes to the sound of distant glassy melodies. It’s rousing and uplifting thanks to the piano stabs and subtle cosmic energy that pervades throughout.

The remix comes from Running Back and Beats In Space associate Philip Lauer (who also works as Arto Mwambe with Christian Beisswenger and Tuff City Kids with Gerd Janson) and is a deeper, moodier affair. A mysterious kick drum lead groove sets the tone as the original’s pianos get vamped up into a more 80s leaning motif. It’s hugely engaging despite being relatively slo-mo and is the sort of end-of the night anthem that really sticks in you brain.

The other original is A Present, an ever-building and tumultuous brew of insistent drums and zithering synth lines. With vulnerable vocals floating up top and sweet, glistening analogue lines it’s a truly heartfelt indie-disco jam.

One of the most prolific producers around is Legowelt, an associate of Clone, Crème Organisation and Rush Hour that is also a celebrated hardware nut. His remix of A Present transform it into a foresty bit of deep house complete with impish synth lines, magical and mysterious melodies and a devastatingly snaking bassline.

Complete with two such fantastic remixes, these Crimea X singles are sure to prove as popular as previous efforts like Yev and recent Prins Thomas Diskomiks selection.

Lexx "Love Haunted Love and the remix, perfect for the early morning"

Tensnake "Wow, my favourite producers remix one of my fave album's tracks, great"

Tim Paris "Lauer Remix is one of the most amazing things I have heard recently, 1000% support"