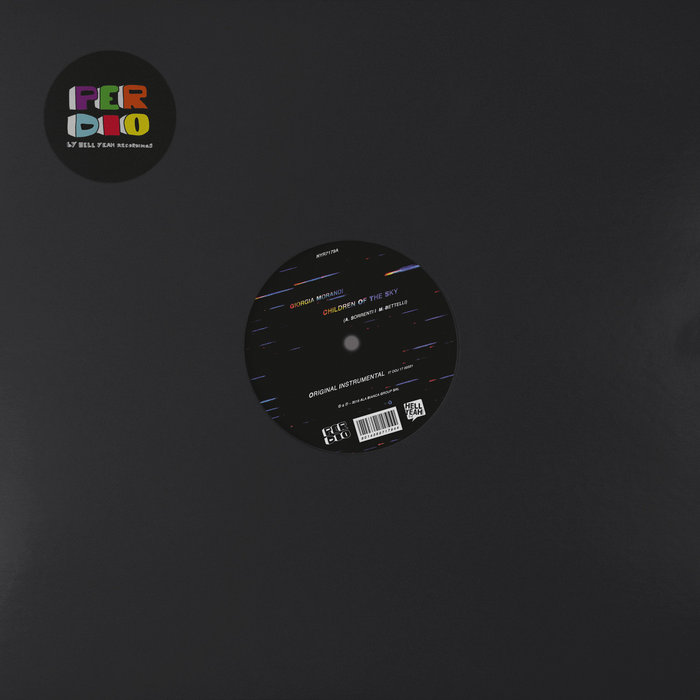 Timothy Perera so cool and breezy

Hell Yeah Recordings are pleased to announce they have been tempted into the reissue market. As such, the label starts a new off shoot, PERDIO (roughly meaning ‘lost’ in Portuguese) which will focus on putting out re-issues and new remixes of classic or forgotten gems. The fist one is a newly remastered instrumental version and new Francisco Dub of Giorgia Morandi’s ‘Children of the Sky’, a cover of the italo-classic “Figli delle Stelle by Alan Sorrenti which just happened to be released 40 years ago.

The label has been two years in the planning and all started when label boss Marco was at the Gratis Club season closing party a few years ago when cult Italian figure Francisco (of Edizioni Mondo/Jolly Music) was DJing. “At some point, he came out with the instrumental of this tune, and I was in heaven,” remembers Marco. “It was a super cheap Italo 12" from Ala Bianca in Italy, a “bad” cover of Figli delle Stelle... I asked Francisco if he was up for editing the track in case I got rights, and here we are.”

The brilliant , remastered, original is seven sizzling minutes of elastic Italo house with happy chords that reach for the skies. Naive melodies and keys add to the colourful effect and cannot help to sweep your heart and get your feet tapping, especially with the rugged bassline that probs it up and the big drums that help drive it along. The special Francisco Dub Edit then builds and builds leaving the main hook for the very end... when it arrives you will be sent into raptures of Italo joy.

Chris Coco "the Francisco edit is a magnificent extended version of an old track that sounds surprisingly current and exciting."